All that you need to know about Sangai Festival, Manipur

Festivals bring people closer. Festivals are a part of the culture and showcase the heritage and tradition of the community. Sangai Festival is celebrated in Manipur and it showcases the culture of the state as well as serves to promote tourism in the state.

Sangai Festival is organized by the Tourism Department of Manipur. The festival was first started in 2010 and has been growing in scale and grandeur ever since. It is named after the state animal of Manipur, the Sangai Deer or the brow-antlered deer only found in the state of Manipur. Sangai Festival is one of the biggest festivals celebrated in Manipur today and serves as a platform to promote Manipur as a world class tourism destination. Usually held in the month of November every year, Sangai Festival is a grand affair and is a celebration of the culture, handicrafts, indigenous games, adventure sports, nature and traditions of the state.

Sangai Festival reflects the cultural heritage of the state through song, dance and various indigenous art forms that is so inherent amongst the various tribes inhabiting Manipur. Ras Leela is the state’s classical dance and is quite famous worldwide. Ras Leela forms a major part of dance performances in the Sangai Festival along with other traditional dance performances like Kabui Naga dance, Bamboo dance, Maibi dance, Lai Haraoba dance, Khamba Thoibi dance.

Other highlights of the festival are the performance of the indigenous sports of Manipur. Manipur’s famous martial arts- Thang Ta (a combination Spear & Sword skills), Yubi-Lakpi (a game played with greased coconut like rugby), Mukna Kangjei (a game that combines hockey and wrestling), and Sagol Kangjei (Modern Polo that is believed to have evolved in Manipur) all forms part of the festival. Also, you can indulge in adventure sports at various locations during the festival. Trekking, white water rafting and parasailing usually remain a part of the adventure and outdoor activities organised during the festival.

The handicrafts and handlooms of Manipur will also be at display that showcases the creativity and talent of the artisans of Manipur. Apart from all these, another major draw of the festival is the delectable Manipuri cuisine. Manipur’s popular dishes include Nga-thongba (fish curry), Iromba (a dish prepared with boiled vegetables and fermented fish), Bora (pakora), Paknam (a baked cake of gram flour mixed with other ingredients), Singju (a spicy hot traditional salad), and Brown-rice Kheer are available at the food stalls in the festival.

Highlights of the Sangai Festival

You can also participate in

This year, Sangai Festival will be celebrated during November 21 to November 30, 2018. This year, unlike the previous editions, the festival will be organized at different locations in Imphal and Bishnupur District.

Hapta Kangjeibung and Bheigyachandra Open Air Theatre (BOAT) – This is the main venue of the festival and will host the cultural programmes and the closing ceremony.

So what are you waiting for? Head towards Manipur to experience the hospitality and beauty of the state. 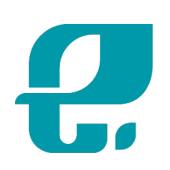 Ziro Music Festival – All that you wanted to know